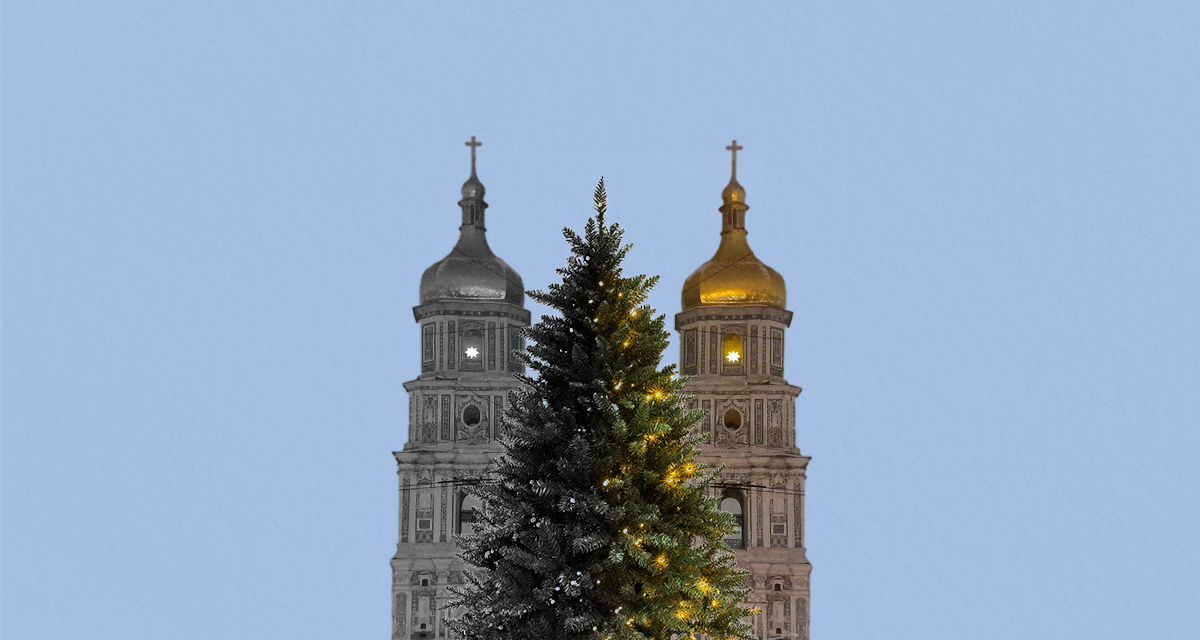 It’s a cold and snowy winter here in Kyiv. As I’m sitting in my dark room and lighting another gingerbread-scented candle while looking out the window at the snow-covered trees, many memories are flashing in my mind. These are happy memories about last year’s December – the time when most people in Ukraine were busy with pleasant pre-holiday chores like writing Christmas cards, planning family visits, buying gifts, decorating the Christmas tree and their homes for winter holidays. They could not imagine what was about to happen only 2 months later. These joyful moments of a peaceful life were broken on February 24, as Russia started a full-scale war against Ukraine.

The memories from last Christmas and New Year ’s Eve seem surreal – as if it was in another life, in parallel reality. This year, everything is very different. During this short period of time, our country and people have changed a lot.

Many people in Ukraine will spend Christmas time in different conditions. The Ukrainian defenders serving in the army will be at the frontline under enemy’s attack. Many civilians will greet the beginning of a new year in darkness and cold. The refugees and displaced persons won’t have a chance to reunite with their families and see their relatives for a New Year’s Eve dinner.

If you take a walk in downtown Kyiv, you won’t see traditional Christmas trees, festive decorations and illuminated streets. On the contrary – As the sun goes down, the whole city plunges into darkness. As a result of Russian missile attacks, critical energy infrastructure across the country is damaged. Thus, rolling power outages were introduced. Due to the need to save energy, there are no street lights. So, people are walking on the streets with flashlights to see the way. As Russia may launch another massive attack on civilian infrastructure at any time, the feeling of constant threat became a new normality.

So, the general mood is not festive. Ukrainians need to save not only electricity, but also mental energy – as all efforts are directed for the support of the army and people who were affected by the war, there is not much resource left for traditional Christmas and New Year’s joy.

But this lack of festive mood doesn’t mean tiredness, apathy, or despair. It seems that a sense of hope is hovering in this dark and cold city. People adapt their lives and try to help each other overcome the difficulties. In such a situation, the ordinary small joys of life like small cozy gatherings with friends or family are even more precious. You don’t need gifts or pompous celebrations to feel happy and grateful.

Instead of getting ready for New Year and Christmas festivities, Ukrainians are preparing and waiting for another big celebration in (hopefully) near future. It’s the celebration of Ukrainian victory, when the war is over and the last russian invader is driven away from Ukrainian territory. And it seems as inevitable as the change of seasons and coming of the new year.

Solomiia Kubrysh (27) is a Ukrainian living in Kyiv. Currently working as a project coordinator in the area of political education and civic society support.